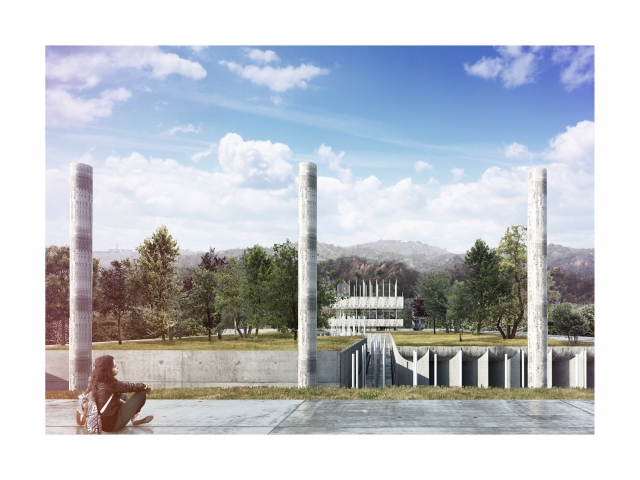 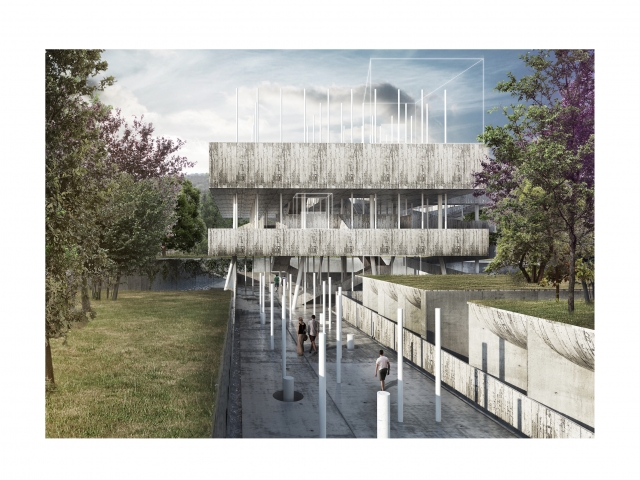 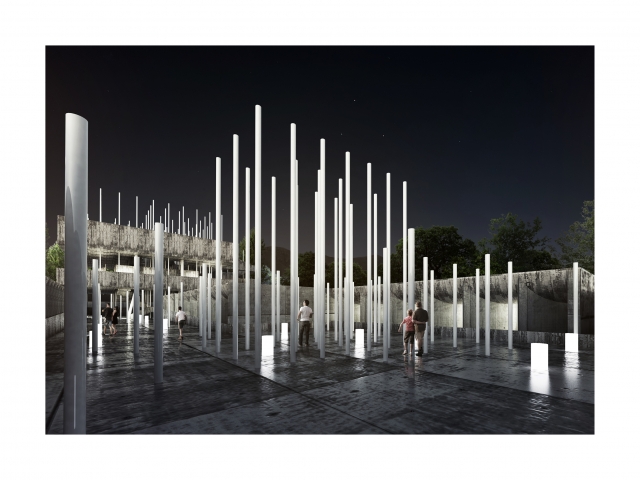 In 1951 Le Corbusier began one of his most remarkable ventures- The master-plan of Chandigarh. Th e project included a master plan for a capital complex which would host the decision making institutions of the city. Within the complex he included a project for a

museum, a museum which would hold the knowledge of the city and would be an arena for public and individual debates, a Museum of the Knowledge. Eventually it was one of the few segments from his vision for Chandigarh which remained unbuilt. In 2015 an international competition was held, which called for proposals which would reinterpret the concept of the Museum of the Knowledge nowadays and would occupy the vacant site.

The Museum of Knowledge is a paradoxical notion which unites two concepts, undergoing a drastic transformation in their perception in the 21st century. The museum as a central figure in the urban hierarchy is now losing its position in comparison to the rapid digitalization of the information revolution. Knowledge on the other hand is losing its aura, its understanding and thus instead of a build up structure it has become a product an object with no roots. If the museum needs rethinking, knowledge has a solid background which can be demonstrated.

For this reason I propose an “Empty Museum”- a building with no objects, just pure space and the possibility through space to express the idea and values of knowledge.

Knowledge is not an object, it is not a fixed notion. It is the relative state of a certain notion in time .Within the contemporary society, knowledge is often conceived just as a fixed result, as an observed and not experience object. Instead the Empty Museum demonstrates knowledge

as a process, as a path, as a state of transition of the human mind. As developed in

Epistemology, the contemporary definition of knowledge is considered a statement which answers to the conditions of being a justified true belief. The conditions under which you arrive to this state is what challenges and confronts the process of knowledge acquiring. In order to give a spatial expression of this process the Empty Museum contains ramps, squares and halls which represent the following defined states of the path of knowledge acquisition.

The prior state -The state before acquiring certain amount of knowledge. State symbolized by the limited horizon of ignorance.

Question-The situation where driven from curiosity you begin to take interest in particularity. A moment of asking a question.

Confusion- The first condition resulting when you process new information. A moment of debate within yourself.

Order- The ability of the brain to sort this information in an organized understandable order.

Contemplation- The state of personal concentration. The moment in which the human mind arrives at the condition of the final understanding and definition.

Posterior state- The posterior state is a moment in which a particular information is acquired, resolved and understood. Yet since knowledge is relative this condition is a new beginning, an open end.

The Empty Museum is an expression of the path of knowledge, an empty space, which leaves the user to understand why the process of understanding is often more important than the final result. 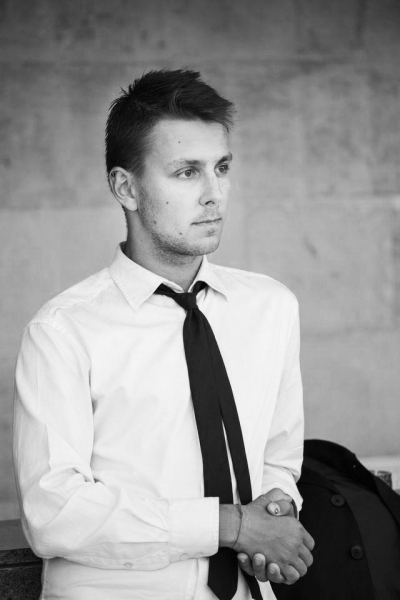