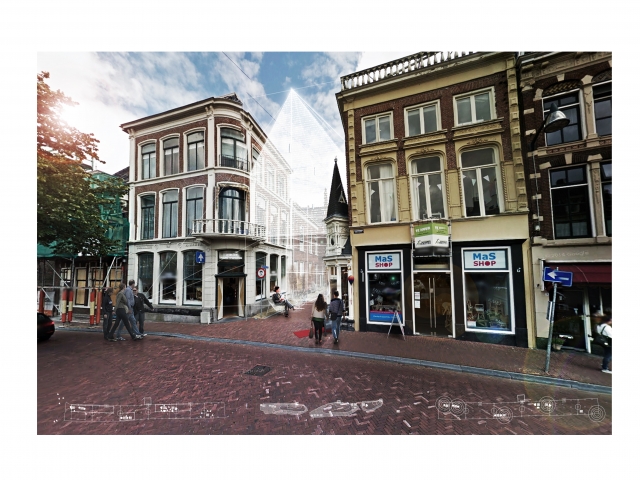 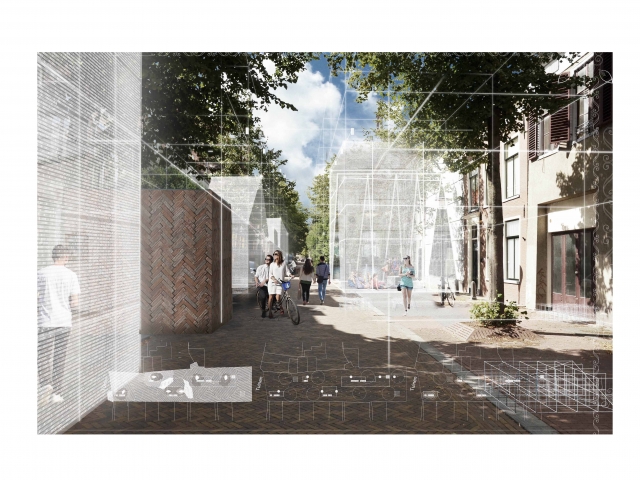 "No one should be interested in the design of bridges, they should be concerned with how to get to the other side" Cedric Price

The Fake City is a possible conceptual interpretation of the consequences of the Information Revolution. This is an architectural experiment, which lays on the border between utopia and reality and proposes a different typology of architectural space. A space inspired from the current technological transformations which shifts the attention from tangible to non‐tangible space. Designed to be located at the historical heart of Leeuwarden, it investigates the possibility of becoming a Global Capitol of Culture for 2018. It reveals a new concept of architectural space and a new approach towards urbanism, a new layer on top of the existing architectural fabric of the city.

The fake city introduces the concept of the “Process Structure” ‐ a digital building, a system which is located on a group of sites in the city and appears when activated by the users. A concept inspired from the key factor in the digital age‐the computer. The fake city is an interpretation of the computer.

The central (historical) part of Leeuwarden is clearly distinguishable from the rest of the city. It is separated by canals. However, the interest distribution in the current conditions does not answer to the potential which it has. The central part lacks interest in locals and foreigners when it comes to its public spaces, separated from the canal zones. In the current condition these public spaces have deteriorated, though they are maintained in good physical condition. Exactly this historical and contextual richness, combined with the lack of interest in it, brought the idea that the city does not need new build architecture in its central part. It has the full potential which simply needs to be regenerated without a physical intervention.

At the same time Leeuwarden is located near the Waddenzee, where land and water are constantly replacing each other, and the idea of dynamics is deeply embedded in citys very nature. The project therefore represents that permeable borderline between static and dynamic but in a radically new manner.

The Fake city is a dynamic, interactive, user‐generated virtual urban layer in constant process. An urban space just as responsive as a computer program or smartphone application. Once initiated and connected with the user the urban fabric generates a digital structure which meets the needs of the user. These structure becomes a physical entity based on the constant interplay of various dynamic fields. It reacts according to the changes in the environmental conditions and the momentary needs of people, a democratic architecture which is active only when necessary.

In 2018 Leeuwarden will be the new European Capital of Culture. With the prototype of the “The Fake City” I wanted to give a new dimension of understanding for the event‐ an opportunity to reuse the existing public spaces, without new construction. At the same time the data structures can be represented in every possible place with internet connectivity. They are global structures, global scrapers with which the "The Fake City" becomes a global display platform for young artists and Leeuwarden ‐ the first Global Capital of Culture.